What Are People From Manchester Called and Why?

What are people from Manchester called? The short answer (as you quite possibly know) is…Mancunian. The word is Latin in origin, taken from Manchester’s original Roman name, Mancunium. But what does this word really represent today? What is at the heart of that term? Manchester is one of the UK’s most visited cities (coming in behind only London and Edinburgh), and it has no shortage of things for visitors to see and do.

But more than just being a tourist destination, Manchester is a city associated with passions: sport, music, political activism, groundbreaking science, food culture, art. It is undoubtedly a certain Mancunian attitude that attracts so many to Manchester. Join us today at Manchester Bites as we list some of the unique qualities that encapsulate the people of Manchester.

In 1976, the Sex Pistols played Manchester’s Lesser Free Trade Hall and the gig seemed to electrify a Manchester scene that continues producing nonconforming, challenging artists up to the present day. The seventies saw the emergence of bands like The Buzzcocks and The Fall, and the creation of Factory Records, who would put out records by post-punk iconoclasts, Joy Division.

The eighties saw the formation of indie pioneers, The Smiths, whose maudlin frontman, Morrissey, mythologised aspects of Manchester life in his lyrics, and the explosion of the Madchester subculture fronted by the likes of The Stone Roses and Happy Mondays. While radio waves in the nineties were dominated by the hits of Oasis.

But music isn’t the only creative area in which Manchester excels. Lovers of the visual arts can journey to The Lowry, an expansive gallery, museum, and events space that celebrates the work of L. S. Lowry who lived more than 40 years in Salford, and who captured the enigmatic gloom and romance of the industrial north in his famous paintings.

And in the world of letters, Manchester has been equally unorthodox. The bookish among you might visit The International Anthony Burgess Foundation where a series of exhibitions celebrate the life and work of Anthony Burgess.

Perhaps most famous today for his novel Clockwork Orange, Burgess was always proud to refer to himself as a Mancunian, and, when living in Rome, he even used the Italianised form: Mancuniense.

Alongside music, sport is unquestionably one of the city’s greatest exports, a part of the Mancunian drive towards excellence. Among the best cross-city rivalries in football, the Manchester United and Manchester City derby is one of the most anticipated fixtures in the football calendar.

The Manchester United squads of the Alex Ferguson era seemed to embody much of the Manchester spirit: homegrown, creative, youthful, and set on winning right up until the final whistle. And it was also in the city of Manchester that the Football League was first dreamed up in 1888, the precursor to today’s Premier League.

But this competitive drive and knack for innovation extend beyond the playing fields. In every endeavour, the denizens of Manchester strive to achieve the supposedly unachievable.

The city was central to Britain’s Industrial Revolution, and Mancunians made up the workforce, powering the nation into the modern era. The revolution would lead to a string of world-shaking inventions in Manchester: the passenger railway, the military submarine, Britain’s first canal system.

And the 20th century saw no slowing down with Mancunians being able to lay claim to the first programmable computer, the invention of graphene, and the splitting of the atom.

Eating Out in Manchester

With a restaurant scene that’s growing faster than anywhere else in the country, Manchester can boast of a particularly rich and exciting foodie scene. Mancunians love to eat, and they love to champion experiences that are unique and unbounded.

Our own From Canals to Canapés tour showcases 10 different styles of cuisine while we tour the cobbled streets of Manchester’s historic Northern Quarter, uncovering fascinating chapters from Mancunian history as we go.

With Manchester’s long history of immigration, Mancunians can trace their roots to all corners of the globe. Census data suggests that around 100 languages are spoken across the city, and this spread of ethnic and cultural diversity is beautifully represented in the city’s culinary scene.

As Italian, Polish, Pakistani, Caribbean, Punjabi, and other groups moved into the city over the centuries, they brought their traditions with them and this is borne out on a foodie landscape to rival anywhere else.

Two museums in Manchester illustrate the commitment of Mancunians to social welfare. The Pankhurst Centre is a space dedicated to the life of Emmeline Pankhurst, the political activist, most famous for being a suffragette who fought for votes for women.

Meanwhile, the People’s History Museum is the national museum of democracy. These museums do an excellent job of demonstrating Manchester’s long tradition of being a hotbed of radical ideas, a place that pushes for societal change.

This community-conscious spirit is central to much of what it means to be Mancunian. It was a dedication to the ethical treatment of animals that led to the establishment of the Vegetarian Society in Manchester in 1847. And those who follow a plant-based diet will find themselves spoilt with dining options today. Our Manchester Vegan Tour explores vegan culture across the city through eight delicious tastings.

This brings to a close our blog on all things Mancunian. If you have any questions or comments, do please get in touch. 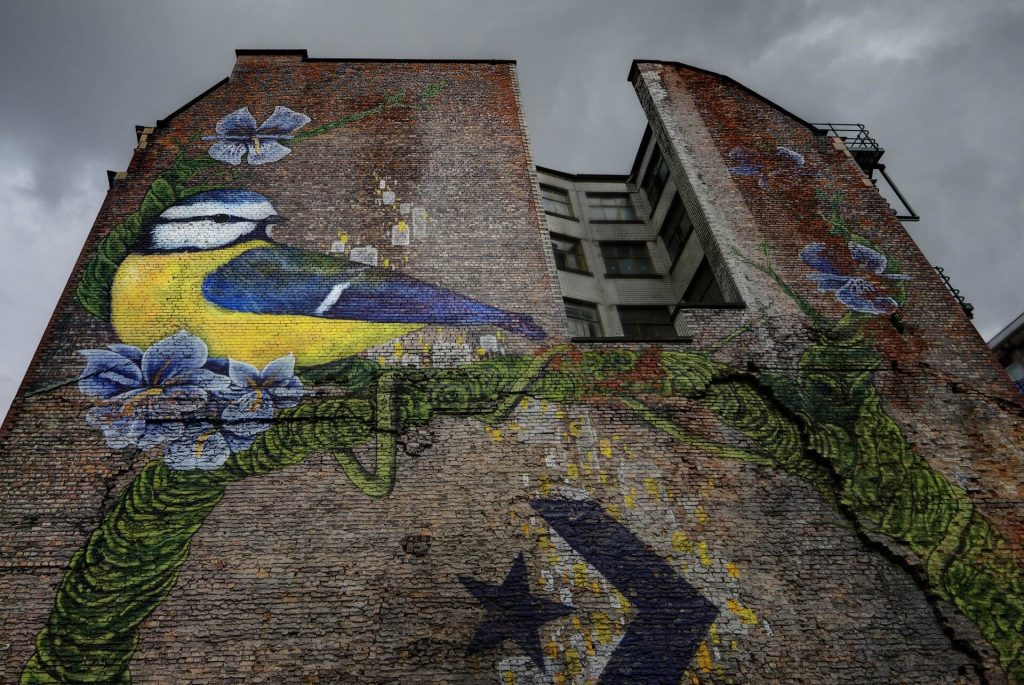