What do people eat in Manchester?

Manchester is one of the UK’s most multi – cultural cities. So what do people eat in Manchester? From our world famous curry mile, to the new up and coming Mexican food trucks, you’ll find us eating everything at all times of the day.

On our Canals to Canapes food tour we like to talk about the communities that have made their home here in Manchester. One of the most important communities is the Caribbean community. After world was 2 many residents of the Caribbean came over to England to start new lives. Moss Side, an area to the south of the city was the main focal point for the community and still remains so to this day. Of course these new immigrants brought their food with them and the west Indian food scene has been an ever present in Manchester ever since.

Back in the 70’s and 80’s if you wanted to sample some of the best West Indian cooking you’d often have to go to private houses. Many small businesses were set up in West Indian homes and finding them could be difficult. Taxi drivers were always a good source of information as to who was knocking out the best jerk chicken or curried goat. Today Manchester has a vibrant West Indian restaurant scene.

Places like Rad’s in Ancoats feed their loyal fans until they sell out. Have a look here for some inspiration of where to get the best Caribbean food in the city.
https://www.manchestersfinest.com/eating-and-drinking/restaurants/get-best-caribbean-food-manchester/

Another community who have thrived in Manchester is our Chinese community. Did you know that Manchester has the second largest Chinatown in the UK?
Chinatown is well worth a visit when you’re in the city. Old favourites like the Yang Sing have been feeding us Mancunians some of the best Chinese food in the UK for generations. Over time and with new arrivals into the city Chinatown has also become home to some of the best Japanese and Thai restaurants in the North West.

Whilst we love eating food from all over the world we also love our old school, local dishes. One of our favourite English dishes is the good old pie. The Great North Pie company are about to open up in the city centre and we can’t wait to try their award winning beef and ale pie with some creamy mash potatoe and a pint of Manchester Ale.

Did you know that Manchester introduced vegetarianism to the UK? In fact, in the south of the city the vegetarian society runs weekly cooking classes. The city has some amazing vegetarian and vegan places. On our vegan tour we try out some of these spots. One of our favourites is V rev in Ancoats.

If you’d like to explore Manchester and some of it’s amazing food vendors why not join our Canals to Canapes tour. 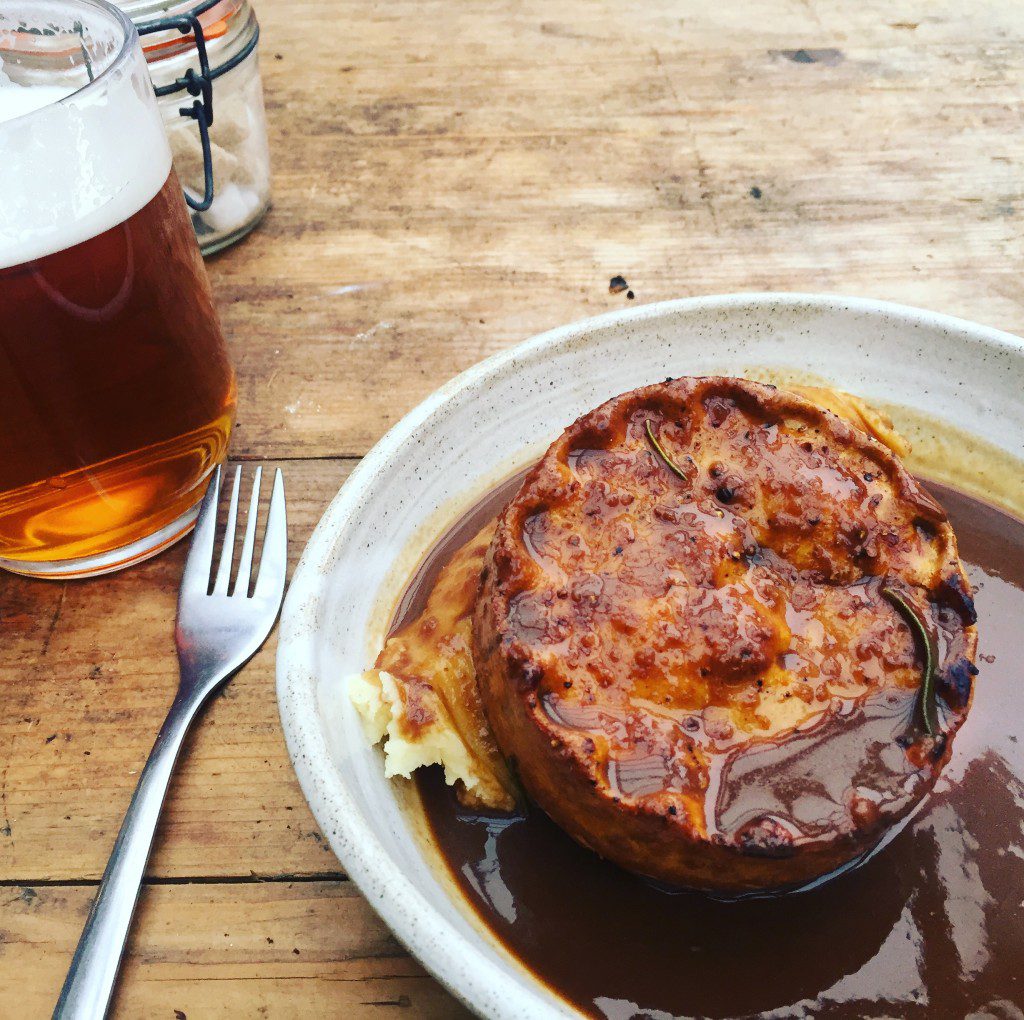