The story of Frank Sidebottom.

A Mancunian legend with a papier – mache head. But what is the story of Frank Sidebottom? Here we take a look at Frank’s creator Chris Sievey.

The days before Frank Sidebottom

Chris grew up in Sale which is a suburb to the south of Manchester. He was originally a musician although not a very successful one. He had partnerships with various musicians in the 70’s and 80’s. He started a band called The Freshies. They had some local success with a song with a fantastic name. I’m in love with the girl on the Manchester Virgin Megastore checkout desk. The record got to number 54 in the charts.

The creation of Frank Sidebottom

Frank Sidebottom was created in 1984. Frank was a 35 year old aspiring pop star who still lived with his mum. He lived in the south Manchester village of Timperley. Frank always dressed in a sharp suit but was most recognisable for his huge head. This was originally made from papier – mache and later fibreglass.
During the late 80’s and 90’s Franks popularity in Manchester grew. He would regularly appear on the comedy circuit and even had his own TV show. Frank Sidebottom’s fantastic shed show was first broadcast in 1992. He was a cult figure and would appear on late night music shows along top artists. Sometimes they didn’t know what to make of him.

One Manchester’s most unique statues.

Sadly Chris died in 2010 and with him took the story of Frank Sidebottom. In 2013 a statue of Frank Sidebottom was unveiled right in the heart of Timperley village. As you can see it is a pretty unique statue. Frank was afterall a pretty unique character.
You can visit Timperley and have a photo with the statue by taking the metrolink south. While you’re there make sure to pop into the Quarry Man pub. They do a great ploughman’s lunch.
Join our mailing list and keep up with all things Manchester. If you’d like to explore more of Manchester join our food tour. www.manchesterbites.com for more details. 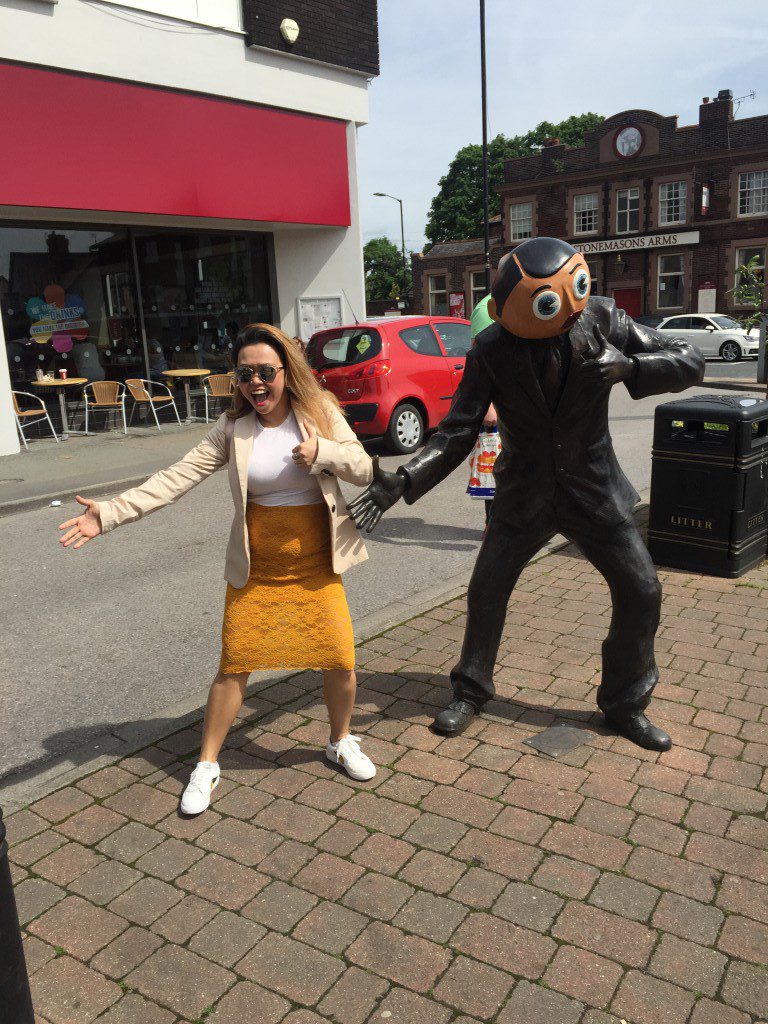