Chinatown Manchester. Where to eat and some history.

Chinatown Manchester is the second biggest in the UK after London. It is right in the middle of the city, between Piccadilly gardens and St Peter’s square. A great place to eat and shop for exotic groceries, it’s a must visit when you’re in Manchester.

A little bit of Chinatown history

In the early part of the 20th century Manchester welcomed it’s first Chinese settlers. Many of whom worked in the laundry industry.This was the birth of Chinatown Manchester. After the second world war Manchester experienced a lot of immigration. People came from around the world taking advantage of the British Nationality Act. Britain needed more people for it’s post war workforce. One group of people who came were the Chinese. Most came to Manchester from Hong Kong, the Cantonese region of China. As a result a lot of us locals refer to Cantonese food as Chinese food. In fact Chinese food comes in many different regional forms.

The most striking thing about Chinatown is Paifang archway on Faulkner street. This huge Chinese arch was built in China and shipped to Manchester in 1986 in 3 seperate parts. The arch is a gift to the Chinese community from Manchester City Council.
There are a lot of different restaurants to eat at around the area. You’ll notice that it’s not just Chinese restaurants. There’s Thai, Vietnamese and even Japanese here. One reason for this is the local Asian grocery stores. You can buy things here that you can’t find in normal grocery stores in the UK.

Where to eat in Chinatown

For many of us Mancunians we have our favourite go to places to eat in Chinatown Manchester. Old school restaurants like The Yang Sing on Princess street have been serving us for decades. Manchester’s palate has matured over the years. We now have many speciality Chinese restaurants such as Hunan on George street. Here the food is from the Hunan area of China, so spicier than Cantonese food. There’s also Red n Hot on Faulkner street for those looking for that Szechuan spice kick. Yuzu is a popular Japanese spot with a great sake bar.

On George street there is a small building called the Guardian Telephone Exchange. This was built in the late 50’s and sits at the entrance to a 4 mile network of underground tunnels. The tunnels were to house officials and workers in the event of a nuclear attack during the cold war. Similar tunnels were in place in London and Birmingham. Apparently, the tunnels were dug by Polish workers. The Poles couldn’t speak any English so there was less risk of anyone knowing they were there.

If you’d like to explore Manchester book on one of our food tours. Our food tours take you around the city centre on a 3 hour walking and eating adventure. We’ll tell you the story of Manchester’s communities and eat their food. Go to www.mancesterbites.com for more details. 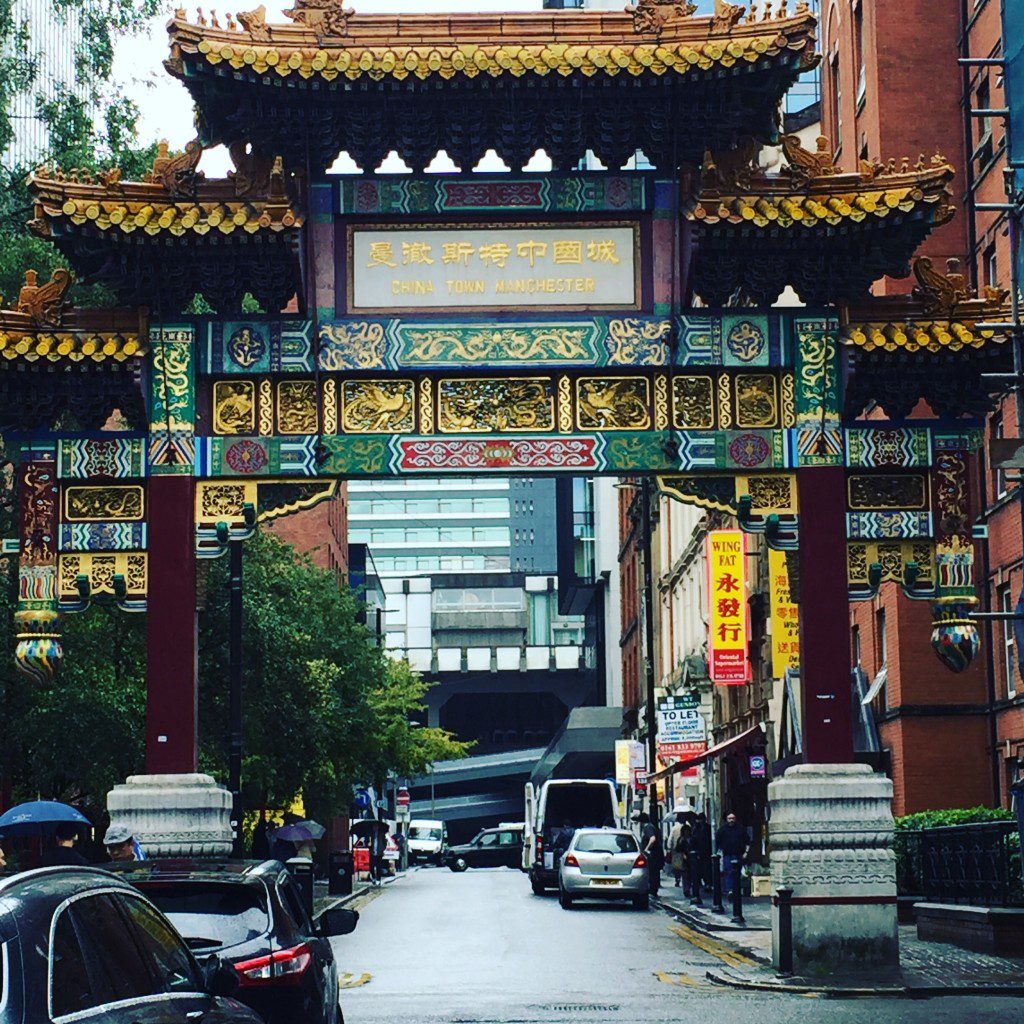