The story of Manchester’s Town Hall.

Arguably one of the most famous buildings in Manchester is our town hall. The town hall was opened in 1877 and cost about a million pounds which is a huge amount of money. The architecture is Victorian, Neo-gothic style. At the moment the building is closed for renovations that aren’t due to be finished until 2024.

The centre of Manchester’s Industrial Revolution

The town hall is one of fifteen grade 1 listed buildings in the city. If you look to the very top of the bell tower you will see a spiky golden globe. This represents 2 things. The first is a ripe cotton seed. Manchester is of course famous for it’s cotton industry. The second representation is that of the sun. The sun never set on Manchester’s cotton empire. You can imagine back in the industrial revolution days, this was one of the world’s great seats of power.

The town hall is in the centre of Manchester. At the front of the hall is Albert Square. This has been the location for many of Manchester’s great celebrations such as Christmas light switch ons and Manchester United’s many trophy parties. We have also seen sadness here. Manchester gathered in Albert square the day after the 2017 Arena bombing to pay tribute to those who died.

Behind the town hall is St Peter’s square and our famous Central library.

Many of you might recognize Manchester’s town hall from TV and films. Due to it’s unique architecture and it’s proximity to media city it is often used for filming. Films such as Sherlock Holmes and the Iron lady were filmed here. Amongst the many TV shows that have filmed here include A very English scandal.

If you would like to learn more about Manchester and the people that make it tick book a food tour with us. www.manchesterbites.com 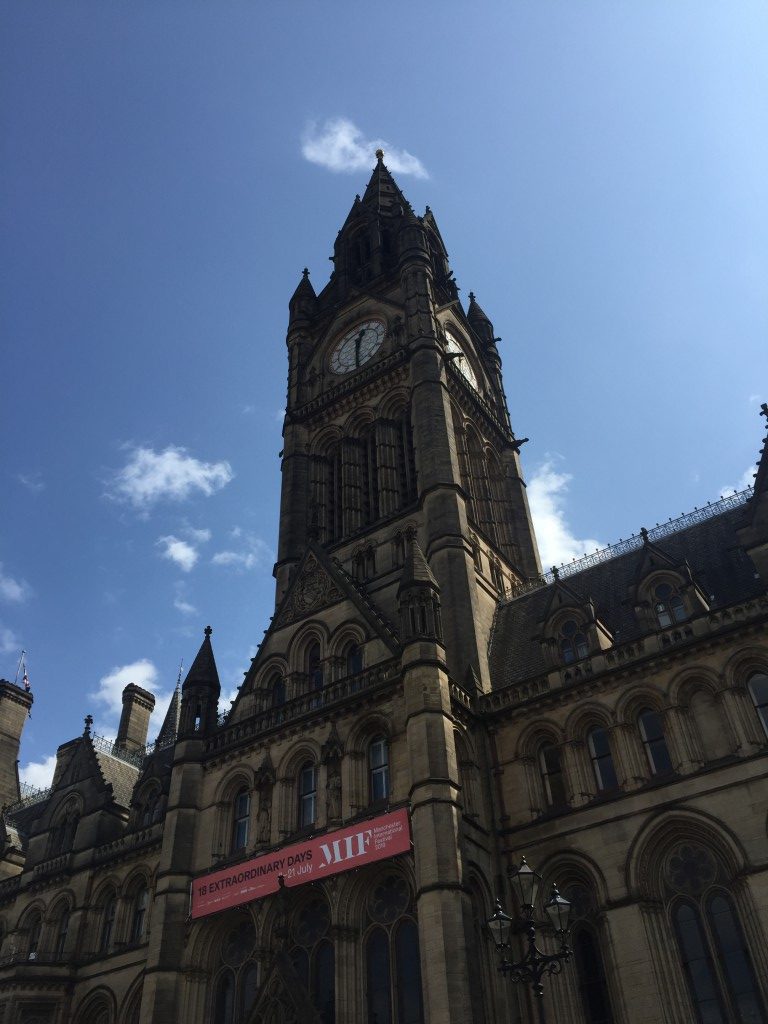