Manchester Central Library. What to do in Manchester.

Manchester Central Library is one of the most famous buildings in the city. If you’re looking for a unique building to visit then put this on your list. The Library sits on St Peter’s square right next door to the town hall. Completed in 1934 it is Manchester’s version of The Pantheon.

Manchester was the first local authority to open a free to use library for the general public. The Manchester free library opened in September 1852. Charles Dickens was one of the attendees at the opening ceremony. The library had a number of sites until finally settling at it’s current spot in 1934.
On the opening of Manchester central library in 1934 King George V said “In the splendid building which I am about to open, the largest library in this country provided by a local authority, the Corporation have ensured for the inhabitants of the city magnificent opportunities for further education and for the pleasant use of leisure”.

The huge rotunda was inspired by Rome’s Pantheon. The dome on the outside is just the library’s surrounding roof. Inside the dome that covers the main reading hall fits inside this surround. Many people visit the library just to look up and admire this.
In the basement of the building there was originally a theatre which was home to the Library Theatre company. Since 2011 they have moved to a new site on First street. The old theatre is now part of the library.

In 2014 the library reopened after a major renovation project. Since then millions of Mancunians and visitors have walked through the doors. Many come for the art festivals that are held here. A lot of the city’s students still choose to study here and many locals still use it for it’s original purpose of a library. It’s free to enter and there’s a nice coffee shop on the ground floor for you to relax in.

If you’d like to find out more about Manchester and explore it’s hidden side streets, why not book you and your friends on our Manchester food tour. www.manchesterbites.com for more info or contact manchester@bitestours.com 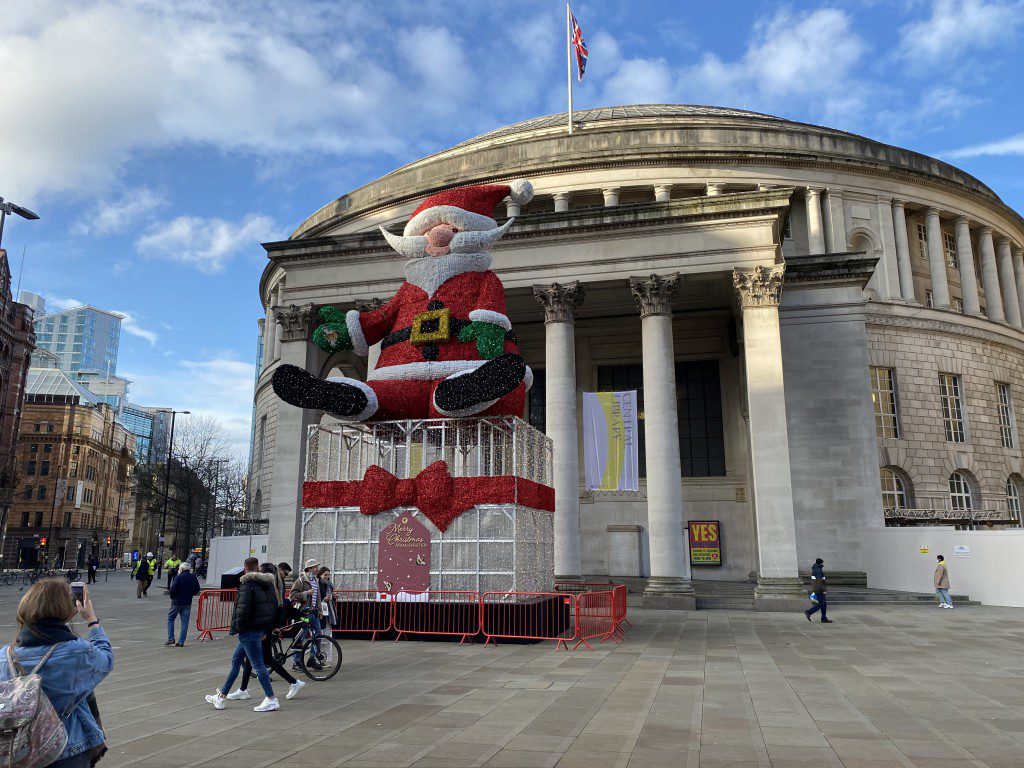